The Turin Shroud is a well known relic of unknown origins that bears an image of a man, who appears to have been tortured and crucified. It remains to this day a subject of heated controversy as to whether it is indeed the burial cloth of Jesus Christ. It seems that if the Shroud is genuine, it adds credibility to the Gospel story, which is basically our only historical source on Jesus.

Despite a radiocarbon test that dated the cloth to the Middle Ages, there are researchers, and especially Christians, who express their doubts about those results, and not without reason. But life can play weird games and sometimes truth is stranger than fiction. What no Shroud defender suspects is that if the Shroud is genuine, it could spell doom for Christianity. Why is that?

That is because according to late Texas researcher Rob Solarion the cloth did indeed cover the body of Christ after the crucifixion. But not the Christ of the New Testament. It was the true, historical Christ, who was none other than the Greek-Cappadocian sage APOLLONIUS OF TYANA!

Apollonius was born approximately in 4 BC and he was said to be a divine man, moral teacher, religious reformer, healer, prophet, and miracle worker. Sounds familiar? Yes it does, and that is why Raymond Bernard declared emphatically that Jesus was a myth based on Apollonius. Yet there was a crucial difference between the two. Apollonius lived for about 100 years and traveled throughout the known world, while Jesus lived only 33 years in Palestine.

Rob Solarion puts two and two together and proposes a revolutionary theory: The man on the Shroud is actually Apollonius of Tyana and so the story of Jesus is actually a missing chapter of his life! Ιncidentally, that supports the theory that Jesus did not die on the cross, something hinted in the Gospels too. Is this possible?

First, if we take a look at the chronology of the life of Apollonius we notice that there is a gap of almost 20 years in his life, between the years 23-43 AD. That is exactly the period that covers the ministry of Jesus. What happened during all those years?

Back to the Shroud. It’s an old saying that you should not judge a book by its cover, but every rule has an exception and here we have an outstanding one at least. 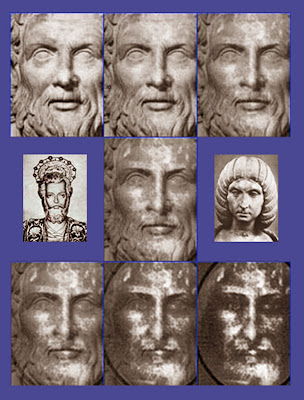 This is the Solarion comparison between the Shroud and the Apollonius bust. The similarities are indeed striking (notice especially the mysterious scar on the left eyebrow of the bust – there is something similar on the Shroud). To verify this, I compared the two and this is what I got: 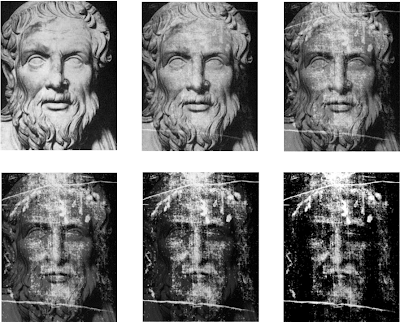 It is pretty clear. Now let’s take a look at the individual features of the face on the cloth. Holgen Kersten in The Jesus Conspiracy lists the following (p. 152): 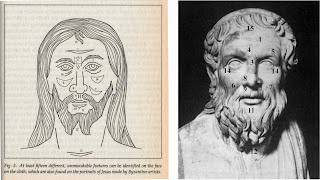 To the left is Kersten’s diagram with the above features. To the right there are 12 of the 15 features that also appear on the Apollonius bust. Coincidence?

And that is not all. In the Life of Apollonius there is a most enigmatic passage. As Vespasian was preparing for the siege of Jerusalem, Apollonius was in Alexandria. Vespasian asked to see him, but Apollonius:

«declined to enter a country which its inhabitants polluted both by what they did and by what they suffered, which was the reason why Vespasian came in person to Egypt.»

What could be the reason for this refusal? What did Apollonius mean when he said that the inhabitants had polluted the country (that he supposedly never visited) by what they did? Could this be related to the crucifixion of 40 years ago?

If that is the case, then everything fits very well. The origin of the Jesus images, the lack of historical evidence for his existence and all the other problems that religious scholars have faced for decades or centuries, are finally answered. And of course there is always the irony: the burial cloth of Jesus Christ turns out to be the burial cloth of Christianity as we know it. 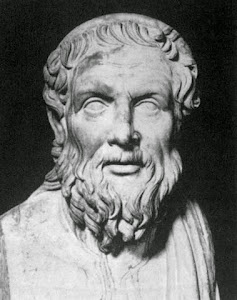 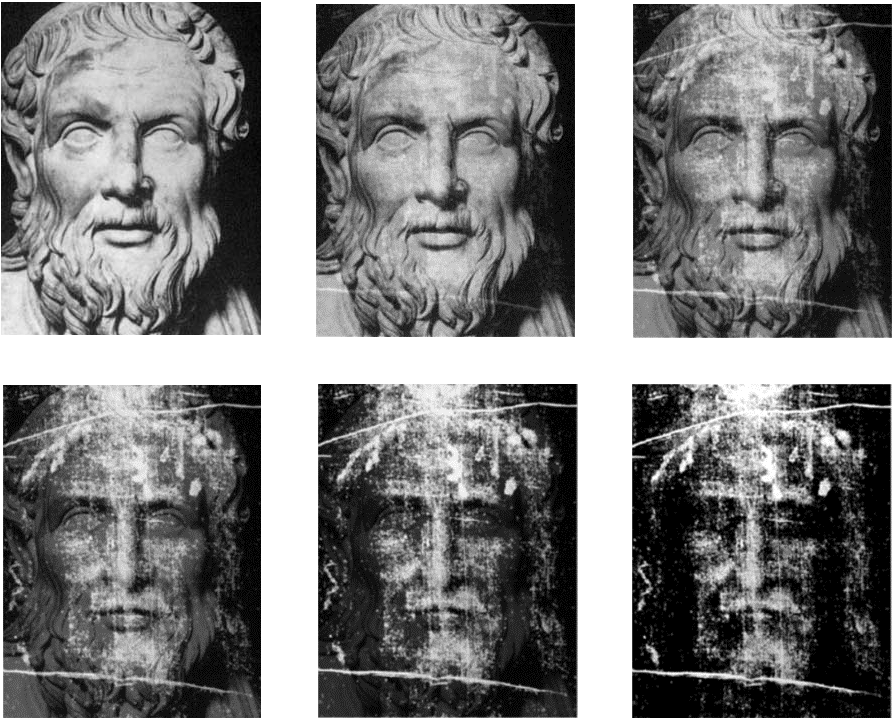 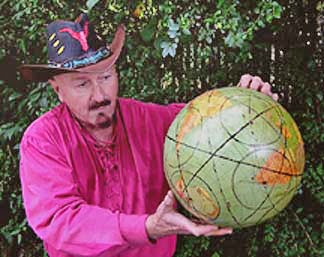 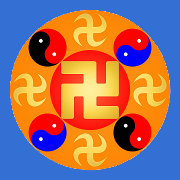